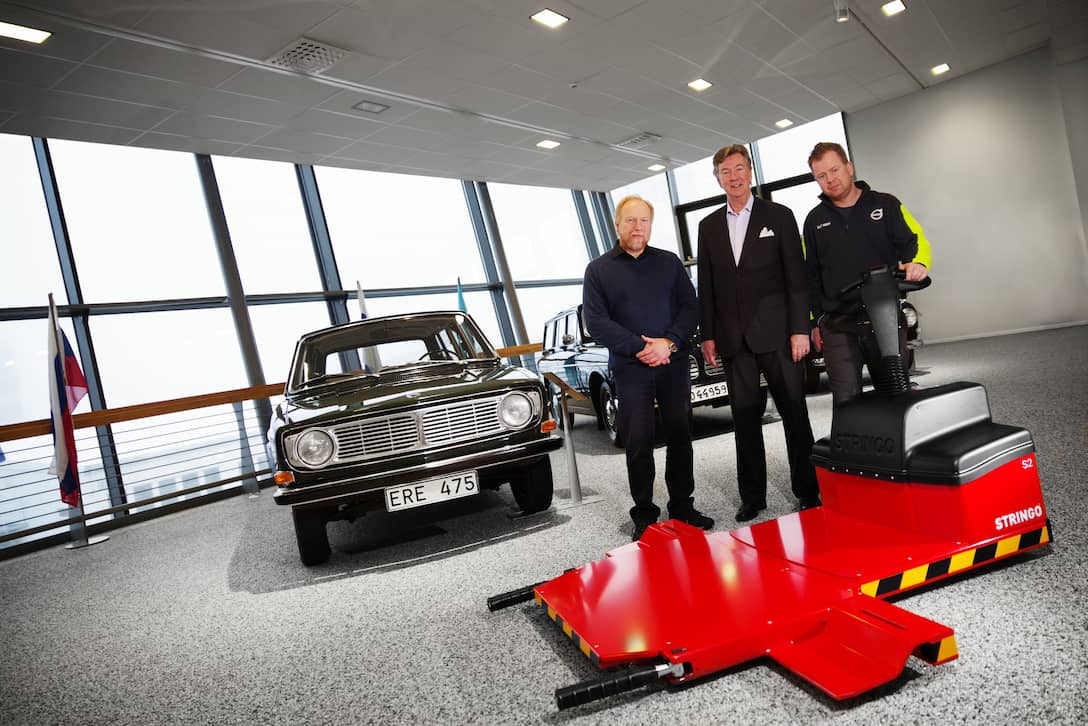 A Stringo S2 vehicle mover was recently delivered to the Volvo Museum in Gothenburg, Sweden. There it will be used to move vehicles manufactured from the start of the 20th century right down to today.

In 1927 Volvo manufactured the first Swedish car in serial production. That model, the ÖV4, is the first vehicle that visitors to the Volvo Museum in Gothenburg encounter. It shares space with other cars, loaders, plane engines and much more from Volvo’s long history.

The museum is owned and run by Volvo Cars, together with Volvo AB, and the vehicles on display have, in many cases, been “saved”, i.e. taken directly from serial production to the museum. Others come from a time when the Volvo Museum had not even been considered, and have either been donated or purchased by the museum.

The vehicles are historical objects in excellent condition, and so they require careful handling.

“We have used Stringo vehicle movers for many years,” explains Mattias Gustafsson, vehicle manager at Volvo Museum. “Although the museum covers 8,000 square meters, space is very often at a premium. Stringo vehicle movers work very well for us, as they significantly reduce the risk of the vehicles being damaged. The museum is also a public space, which means that we cannot start the vehicles and drive them around. They need to be moved without turning on the engines.”

The museum opened in 1995, with the first Stringo vehicle mover being purchased three years later. Now the museum has invested in a Stringo S2.

“We often move vehicles around the exhibition,” says Mattias. “Sometimes we re-arrange the exhibition, sometimes we have themed exhibitions and sometimes cars are loaned out, such as at the moment, when twelve cars are being used in a film. With the Stringo S2, we can in principle move all the cars. Another advantage for us is the batteries. The Stringo has a long operating time, and the batteries also require very little maintenance. That’s perfect for us.”

During 2016 the museum received around 80,000 visitors from across the world. And it isn’t just vehicle fans who are attracted to a visit. The exhibition presents a slice of Swedish history and contains a comprehensive archive of historical documents and pictures showing how one of Sweden’s most well-established export companies emerged. A perfect environment for our Stringo S2 vehicle mover.