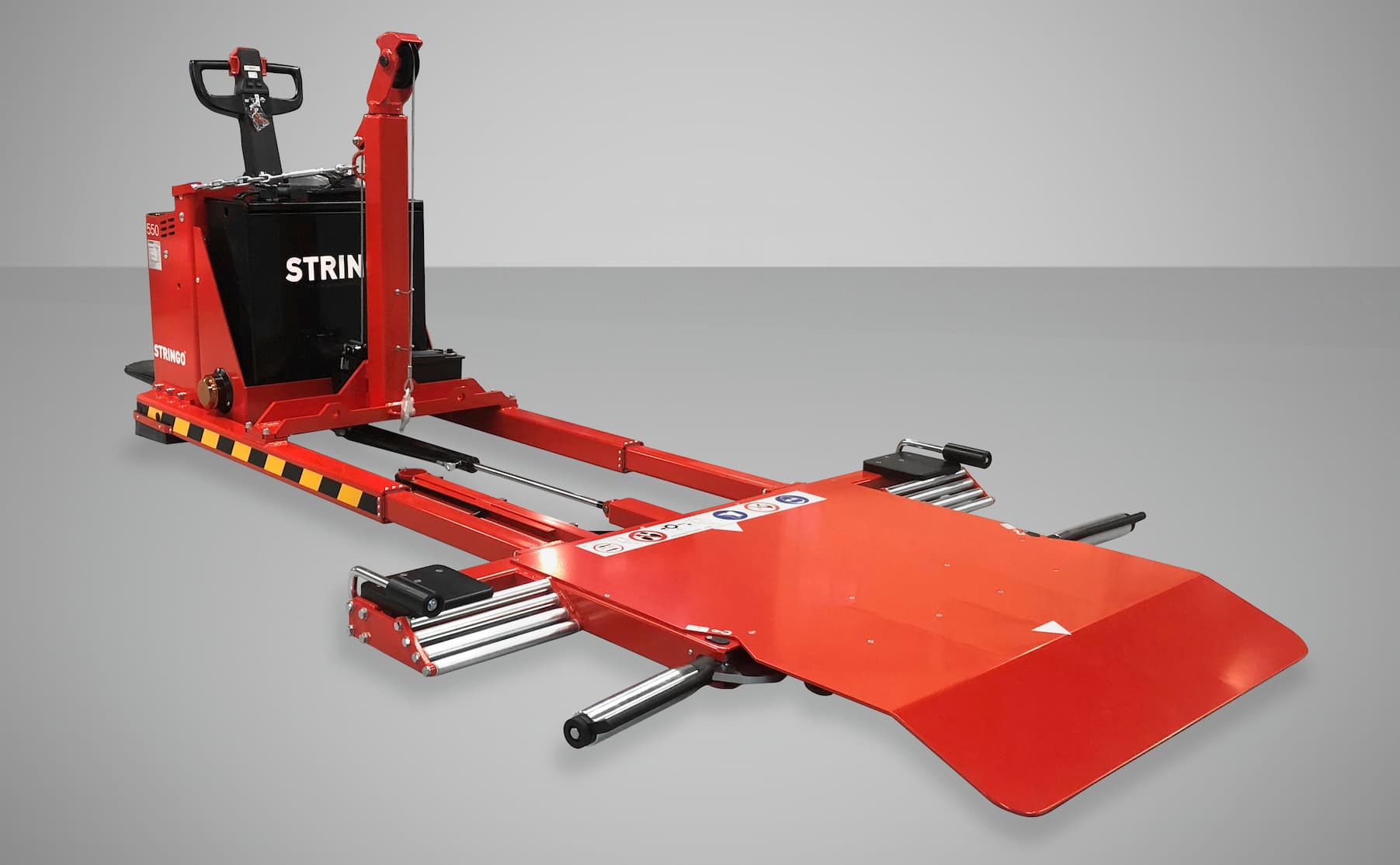 The Stringo 550 is a model intended for those who need a heavy-duty vehicle mover capable of transporting vehicles weighing up to 5 000 kg. This model also have a Crash kit add-on option for when you have to move collision damaged vehicles in a car shop or for example in the automotive industries crash testing laboratories.

After a crash test has been conducted in testing laboratories it is often not possible for the cars to be driven. Thanks to a Stringo 550 that was developed specifically for moving vehicles damaged in crash tests vehicles weighing up to five tons can be dragged or lifted onto the front section which is reinforced with a crash plate and moved with ease. In addition, there are pressure rollers specially designed to withstand sharp edges.

The Stringo 550 can be found in the automotive industry, in design studios, testing labs, and on production lines/end-of-line.

In design studios, for instance, new car models are built from clay. They are often built on a frame with fixed axles so the clay model cannot turn from itself. These models are very expensive and very heavy. With a Stringo 550, they can be moved around easily and efficiently without the risk of any damage.

The Stringo 550 is quite simply a “heavy-duty” combination of strength and safety. And with the Crash kit add-on even moving wrecked cars is a simple matter. At Stringo we want to adapt to the challenges within the automotive industry when it comes to moving cars.